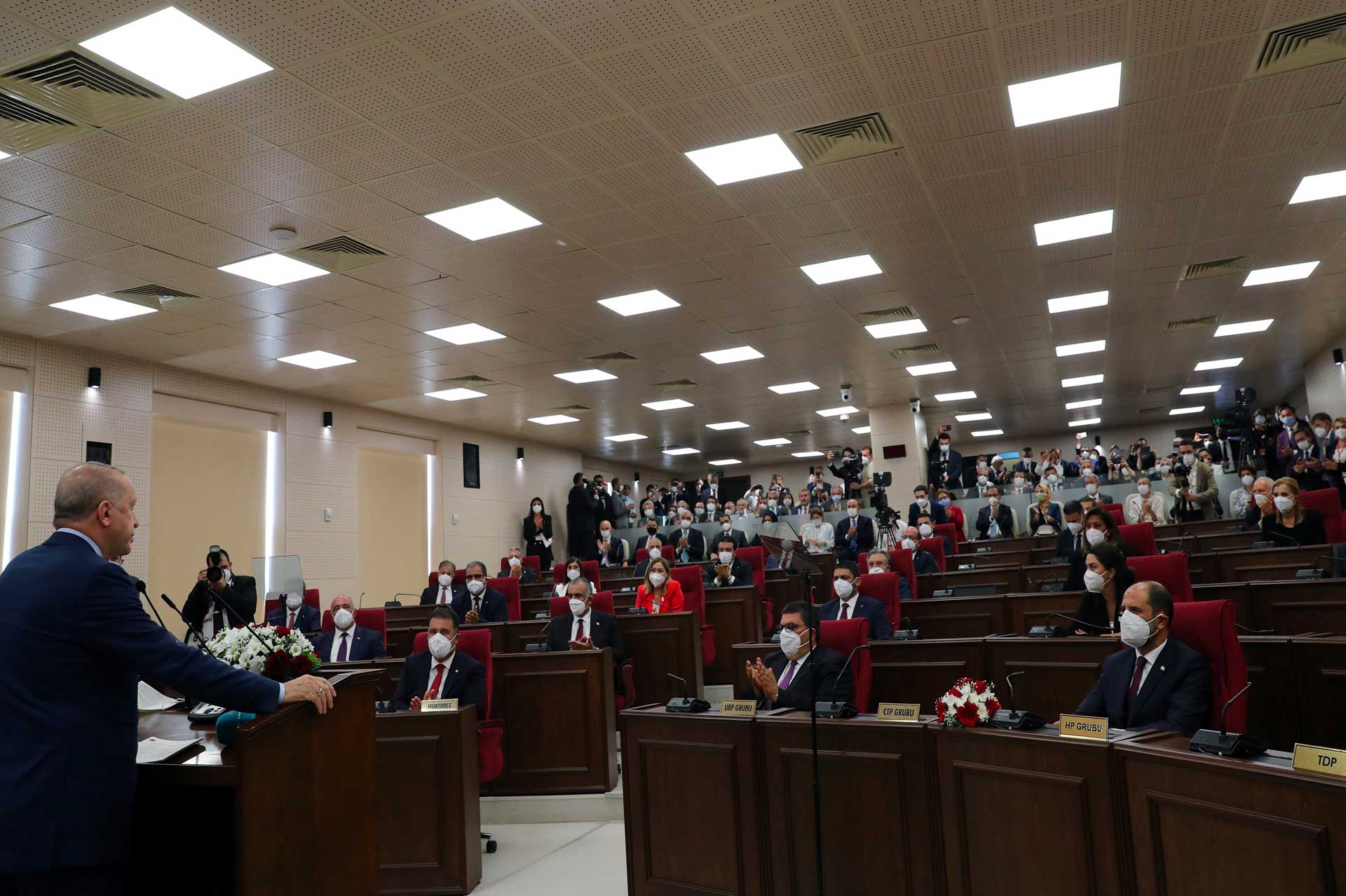 Erdoğan the Builder in Northern Cyprus

Since the election of former “Prime Minis­ter” and national-conservative Ersin Tatar as “President of the Republic” of the TRNC on October 18, 2020, Turkey has turned its back on reunifying the island under a bi-communal, bi-zonal federation. Guided by Turkey’s president, Tatar has declared that only international recognition of the TRNC and a two-state solution can lead to a peace­ful settlement in Cyprus. Tatar boasts of the support that he receives from Erdoğan and says that he is proud to be Turkey’s man in northern Cyprus.

In Ankara, the government and parts of the secular opposition have once again adopted the stance that for Turkey, Cyprus is first and foremost a matter of security. For Erdoğan’s unofficial coalition partner Devlet Bahçeli, leader of the Nationalist Movement Party (MHP), Turkish troops in Cyprus are an essential contribution to the security of Anatolia and an indispensable element of Turkey’s far-reaching strategy in the region.

Mustafa Akıncı, Tatar’s federation-oriented predecessor, said that never before had a northern Cypriot election seen such concerted action by Turkey’s intelligence service, military, diplomats and politicians. Furthermore, never before had there been such pressure and threats, and never before had financial resources been used to such an extent. Akıncı ran for reelection despite the serious threats this posed to him and his family. Unbeknownst to him, his co-workers were summoned to Ankara and the Turkish embassy in Nicosia, and he saw himself denigrated as an agent of the United States and the Republic of Cyprus.

The Turkish secret service also exerted pressure on other right-wing candidates running against Tatar. One of them, Sertaç Denktaş, son of the founding president of the TRNC, openly stated this on September 4, 2020.

When Erdoğan addressed the parliament of the TRNC, the left-liberal opposition re­fused to participate. Tatar, in response, accused the opposition parties of treason, showing that Turkey’s authoritarian politi­cal climate is now spreading to northern Cyprus as well.

2 likes
Back to top of page